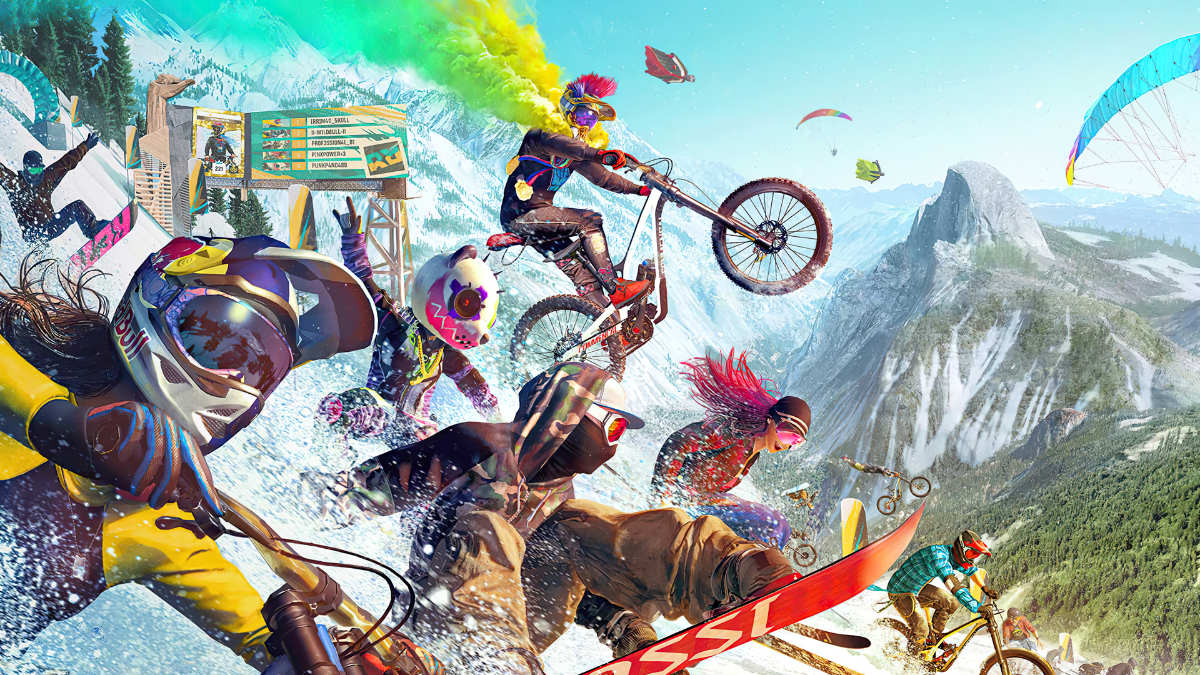 It has always seemed to me that “extreme” video games, that is, those dedicated to extreme sports, have long been forgotten. The sad but unavoidable toll of time: as soon as consoles proved they were good for shooters and large-scale RPGs, the audience for extreme games had diminished markedly. But one major publisher hasn’t stopped trying to revive the mode for snowboarding action – Ubisoft. Steep from budding developer Ubisoft Annecy is a great first attempt and the best winter sports sim in a long time, but it’s been five years since its release (really awful) and now France is back with a sequel which pales in comparison to them the first game looked like child’s play. -child.

To be honest, I never had time to get used to Steep or its predecessors, like SSX 3 or 1080° Snowboarding. Their monotonous essence and simplicity never impressed me, and here republic rider is trying to change something, or rather, to “dub it”, for lack of a better word. The fact that the developer here is Ubisoft was obvious from the first minute.

Riders Republic highlights, first of all, a large and open world. While many analogues sin with a very boring structure, essentially offering players to go through a dozen point-by-point challenges, our novelty offers something more — freedom. And in this case, another comparison is suggested – with Crew by Ivory Tower and Ubisoft Reflection. In my eyes, it never comes close to the level of other car sims, but with a large-scale open world, few can compete. So here: find something else like that with so many locations and tasks. You can cite a more recent example and say that Rider’s Republic is Forza 5 extreme world. But… he didn’t quite live up to that status.

Riders Republic starts off rather chaotic, with a tutorial that introduces us to the main character (which you’ll want to forget about as soon as possible) and tells us how it all works. It becomes clear quickly that there are several aspects here, but not all of them are equal. Bikes, snowboards and skis are always fun and just as cool to ride as on Steep. But the wing suit with jet wings is reminiscent of a hundred other games that force you to fly through rings in the sky. Once upon a time, it seemed that Superman 64 would quickly and violently end this mechanic, but not then – it reminded itself of 2021. I don’t know why.

Riders Republic consists of several layers. The first is its essence, which is an extreme sports simulator. This essence, for the most part, works flawlessly: management is made up of five, and there are plenty of difficulty settings. Since our task is not only to finish the races quickly, but also to do them effectively, the game has a comprehensive system of cheats, which can be simplified or expanded. The latter will please veterans who have grown tired of Tony Hawk Pro Skater 1 + 2.

The second layer is social. Basically this is what makes Riders Republic stand out from the crowd. It’s one thing to create a huge open world and quite another to fill it with people. It is this task that the developers themselves set out to do, which puts up to 50 players on the screen at the same time in real time. Everything is mixed with AI and creates the feeling of something really big. The culmination of this idea was a mass race with several dozen participants. Here, Riders Republic offers something new: chaos and madness leading to truly unforgettable moments.

Like all other simulators in the open world, Riders Republic is quickly covered in icons and icons. Understanding all this diversity is extremely difficult, despite attempts to categorize sports. You don’t know what to pick up at first, and that remains my main gripe with a great release like Forza Horizon 5.

I’m also not sure I like the progression system. Each sport has its own experience scale — well, that’s in addition to an overall rating system that rewards players with stars that unlock new content. In addition to stars and points, players are given new equipment, thus motivating them to pursue “loot”. Yes, everything here reeks of game service: it’s clear that Ubisoft wants to hold on to players and not let them go. It’s no surprise that you can buy virtual currency right away; 500 “Republican Coins” cost $5, and a pack of 6600 coins will set you back fifty dollars. Probably, there hasn’t been a game from this publisher in a long time without its own merchandise store. Luckily, that’s about it – there’s no way to buy wins or rankings here. So reluctant, but sorry.

Riders Republic was hardly developed for the new generation of consoles, but it is well optimized to work on the high-speed PS5. What pleases me the most is the loading time – the scourge of many open world games. Regardless of the scale, the novelty instantly takes the player to any point on the map. This is very important, because the game itself is designed to constantly run around the world in search of new challenges. But I didn’t get anything special from the DualSense, which really disappointed me.

Riders Republic strives to please everyone and become a social platform for fans of extreme sports and pan-fraternal culture. He doesn’t scold you for choosing easy management and doesn’t punish you for miscalculations. Even if you hit a tree, you can always rewind time and try again, although that’s pointless here – unlike Forza, only you back off, while your opponent rushes forward. Riders Republic is horribly flawed: the structure is cloying to me, and the open world is equally impressive and chaotic. But I still respect Ubisoft for making an unusual game without guns and violence. I’m sure many of you will be stuck in it for a long time.

republic rider is a social gaming service about extremes in a world with no visible limits. It’s a bold new take on a not-so-current genre and a brilliant attempt to make Forza’s extreme counterpart. Whether it will “match” you or not depends only on how close this topic is to you and how you feel about the endless map with lots of icons.