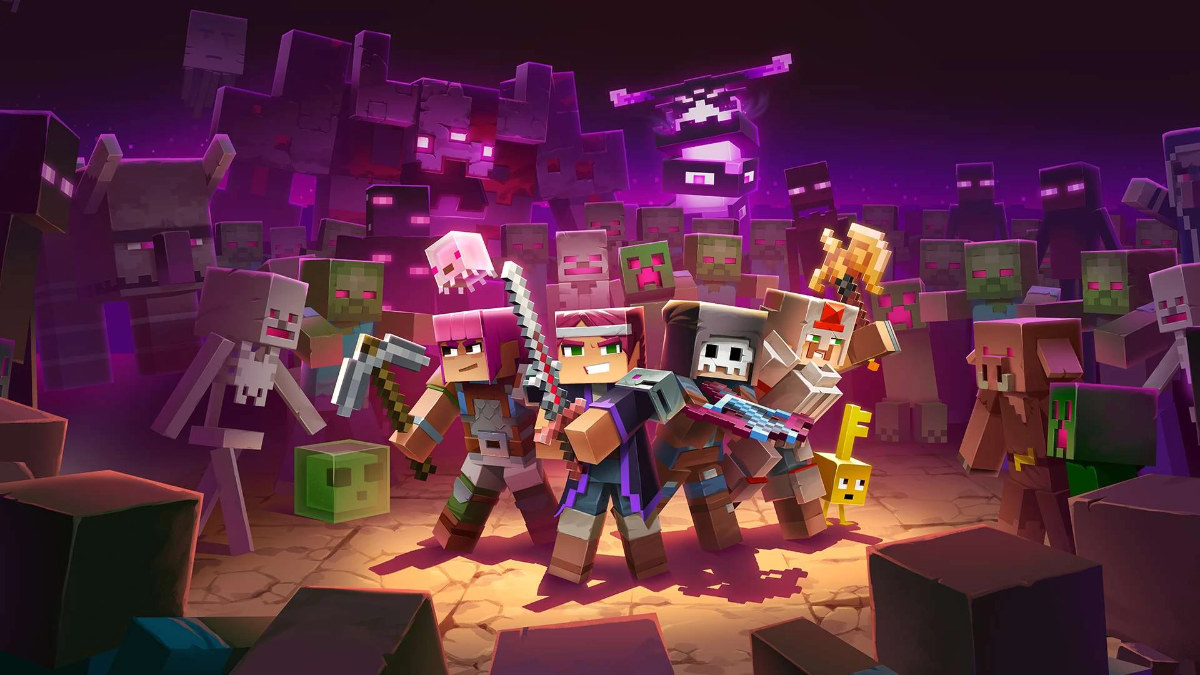 Car Minecraft Dungeons debuted in 2020, the release was controversial. Basically, Mojang Studios’ first really big new game in years has been hotly debated. Someone is delighted with the new genre in ordinary voxel graphics, and someone immediately complains that nothing remains of everyone’s beloved minecraft except the name. I’m somewhere in the middle. It’s a good game, but I want more. And more happens with the output Ultimate Edition. Let’s consider what has changed.

Let me remind you that before us were representatives of the dungeon crawler genre, which has regained relevance thanks to the latest release of Diablo II: Awakened. But if it’s still a treat for nostalgia, then Minecraft Dungeons is better suited for those just starting out on their journey. The game is as accessible as possible, which is suitable even for inexperienced players. And in this case, he does not have many analogues.

Unlike Diablo, Minecraft Dungeons has no classes or skill trees. All the emphasis is on various weapons, armor, and artifacts. Your character can use melee or ranged weapons and use up to three artifacts. There are many objects, so no walker is similar to the previous one. Especially considering the fact that, using the main features of the franchise itself, Minecraft Dungeons redraws every level.

Minecraft Dungeons can be played alone or with friends, both locally and online. This is a key aspect, as I didn’t really enjoy the game myself. After all, I’m not a beginner, and wandering around alone is boring. But with a friend is a completely different thing!

We’ve already done game reviews for the Xbox One, but this time we’ve got the Nintendo Switch edition. For me, in docking station mode, the game is not visually much different from the version on the more powerful Xbox. The graphics are great, especially if you like this style. Voxel charts generally help a lot in the case of a weak iron. But if you use the Switch in portable mode, unfortunately, the situation worsens, and many details are immediately lost. You can still play – especially if you arm yourself with an OLED model with a brighter screen – but I still recommend doing it on a TV.

But let’s get straight to the Ultimate edition. We’ve already talked about this game, and if you want to read a detailed review, you can check out our original material

More than a year after its release, Minecraft Dungeons has been actively developing. Those who predicted his sudden death were wrong – Mojang Studios diligently released new content, making it clear that he was completely satisfied with the sales of the new product. And if you keep up with every new DLC and buy it, then of course Minecraft Dungeons Ultimate Edition is of no use to you. And even if you have the base game, it might make more sense to buy the DLC pack separately (Ultimate DLC Bundle). But if you just decided to give it a try, there’s no point in choosing another edition.

The Ultimate Edition includes expansions such as Jungle Awakens, Creeping Winter, Howling Peaks, Flames of the Nether, Hidden Depths, and Echoing Void. Lots of content at a more than reasonable price. By the way, the items from the Hero Pass, including skins and chickens, are also here. In general, keep in mind that the Hero Edition, Hero Pass, and Season Pass are no longer on sale.

So is Minecraft Dungeons Ultimate Edition worth the money? Definitely for beginners. This is definitely a finished game, and now is the best time to give it a try. However, if you are still not convinced that you are interested, then nothing will change. It’s basically the same game, for better or for worse.

Over the years, Minecraft Dungeons hasn’t changed much, but it’s grown tremendously with new content. Now it’s a much more complete and complete game, and the Ultimate Edition will be a great buy for those who are new to it.