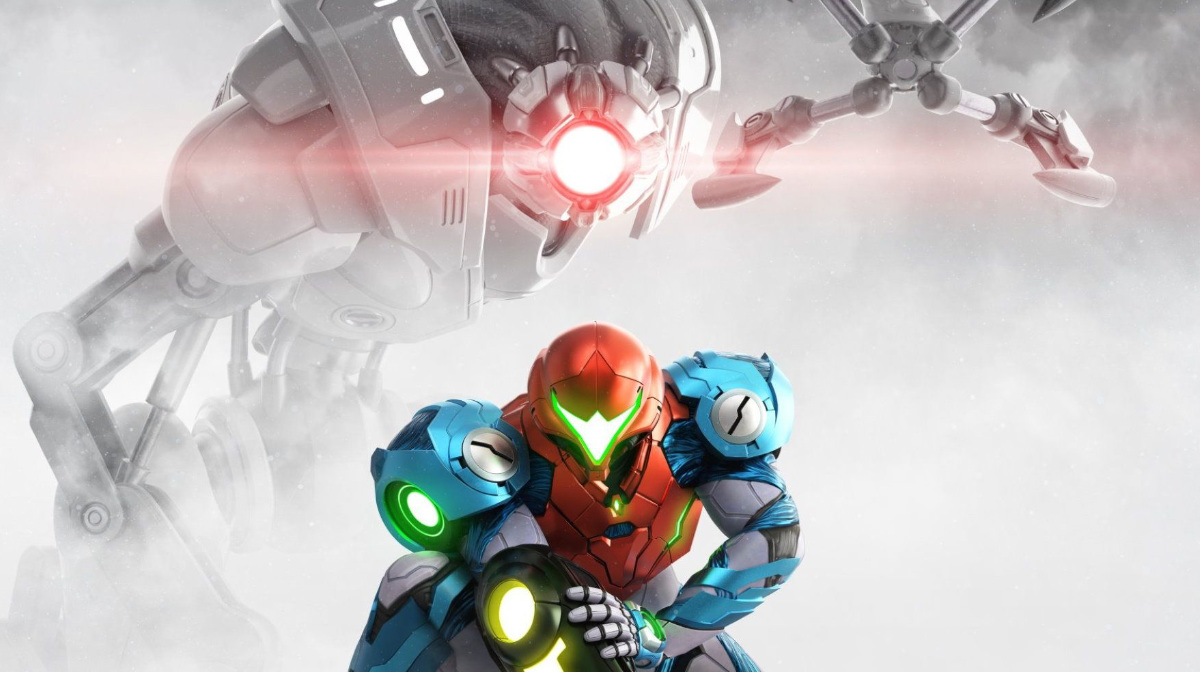 Many are used to thinking of Nintendo as a very good producer of games, but most often for all age categories that even children can master. For someone, this is a big plus, while someone underestimates the publisher of colorful novelties. In a sense, there is some truth to this: no other platform can boast such a number of famous covers. On the other hand, we forgot something: apart from Mario, Kirby and Yoshi, the Japanese giant has other characters that are no less important. The Legend of Zelda is associated with a multi-layered and thought-provoking RPG – as well as Xenoblade. Fire Emblem You also can’t call it “childish”. But the most “serious” and grim franchises have always been Metroid. Inspired by the movie Alien, this series has always stood out for its high difficulty and depressing atmosphere. And new part metroid fear ready to silence all the critics who claim that the “big H” has softened with age.

I’m not going to explain how the series was born and developed (although separate material is suggested) – suffice it to say that if an entire genre is named after you, then you’re doing something right. Metroid is a legendary franchise that has millions of fans around the world. One problem is that in recent years it has started to appear frozen. The last full chapter was released in 2017, when Metroid: Samus Returns for 3DS hit shelves. Metroid Prime 4 has been in development for years, but we don’t even know what year it was released. So it’s no surprise that Metroid Dread’s announcement a few months ago was a real surprise: not only was it the first new chapter of the series in four years, it was also a revival of a long-forgotten development for Nintendo. The DS, which began development in the mid-zero years, but was abandoned due to insufficient console power.

To put it simply, Metroid Dread was one of the biggest surprises of 2021. In an age when teaser teasers are released before major game releases, this way of releasing a new product seems like a breath of fresh air. But “fresh” isn’t necessarily the adjective I’d use to describe these creations from MercurySteam and Nintendo EPD.

Let’s start with the basics: Metroid is right in front of us. This is obvious, but not only from the title or the always stylized image of Samus Aran on the cover, but from the way the overall gameplay unfolds over the course of about ten hours. This is where I run into an old dilemma: on the one hand, when I see the continuation of a familiar series, I want to see all the beloved elements return, but on the other hand… I want innovation. Imagine that you haven’t seen someone for half a decade, but at a long-awaited meeting you see that your acquaintances are wearing the same T-shirt. So here: it seems nice that you still have the same friends, but on the other hand… this is not a good sign.

On this site, we often mention the word “metroidvania”. This is the name of the genre, which in recent years has gained additional popularity thanks to such bright representatives as Bloodied: Ritual of the Night Hollow knight. The indie industry continues to be inspired by the NES hits, and it’s a bit surprising that they’ve managed to innovate more than Nintendo itself. Because if you played the previous parts, then everything here will seem familiar to you. The gloomy atmosphere of an inhospitable planet, desolate Samus and a maze of levels with secret passages – it’s all here. In fact, the main fresh idea touches on the appearance of a robot that cannot be killed, living in several zones. They serve as a kind of intimidation tool and make players nervous. Normally, Metroid is a relaxed and scalable game, but now there’s also a need to use stealth or think fast on the move, escaping the “Terminator” frantically.

Is this addition any good? I’ve never liked immortal foes, who, as in the same case of Resident Evil 3, are always ready to jump out of corners and interrupt the flow of things. But I understand why such an enemy is needed. Like Resident Evil, Metroid doesn’t mind scaring players. Creepy music, bloodthirsty aliens, and now immortal robots (well, until you beat the boss) are all part of what sets Metroid apart from all the other series of Japanese giants.

Fighting enemies and facing bosses is great. The controls are simple, but clear and comfortable, and the shooting and parrying mechanics will never go out of style. In moments when Samus battles monsters many times their size and defeats them epically, players feel a real rush of adrenaline. That is cool. This is Metroid. But once he overthrew his foe, silence returned. Ahead – and behind – corridors are dark, and the map shows too many and too few elements. This is also Metroid. And I don’t like this Metroid.

MercurySteam Studio takes great pride in how they designed the novelty level. What is Metroid famous for? That’s right – a level that always ends in a stalemate. Metroid is all about exploring mysterious planets, constantly returning to places of former glory and examining every pixel. And Fear is the same thing, magnified tenfold. Believing that the best way to honor a legendary series is to make it bigger and more complicated, MercurySteam has created the biggest and most complex episodes of the series. I understand why they did it. But I do not necessarily share the enthusiasm of my colleagues.

I like it when the game values ​​my time. I love a well thought out world. But when it took me two hours to make the slightest progress, and when the secret lay in the microscopic pixels I didn’t shoot at the start of the zone… I wanted to turn everything off and play something else. At one point Dread didn’t seem smart – just mean. “And what do you expect from Metroid?” – you asked me. And really, why? This formula has remained unchanged since the first Nintendo console. But maybe it’s time to change something in 2021?

I don’t like to keep going back to where I was before. Especially when the world is so gloomy and mundane, like in Dread, where one corridor is indistinguishable from another, and the eye has nothing to see. In this regard, almost all the “ideological sequels” of independent studios have taken a step forward.

I can berate Dread for its game design that tries to take players out of themselves and make them give up, but that would be subjective criticism because… that’s how the developers see the series. This is their vision. Do you like it? Well. Not? There’s no point in even trying to achieve anything. And objectively… everything is fine. While this new piece can’t be called beautiful or spectacular, and the color palette seems as limited as it was in the NES days, in technical terms it’s worked out to the smallest detail. As I mentioned, controlling Samus is cool. The slightest touch of the analog stick makes him dance, and the proven combat makes him look forward to every new encounter with the boss. When the action kicks off, Dread is unmatched. But when it ended… it felt like those 10 hours alone were half filled.

However, what is filling for one, is a challenge for the other. Because, I’m not going to lie, all the anger and hatred at the muddy design fades away when the same hidden pixels are still there and you move on. It’s a game of mixed feelings, but one thing’s for sure – it’s amazing. But don’t make the mistake of being with a lot of other people – don’t expect something from him that he never wanted. This is Metroid. Metroid has not changed.

Also read: WarioWare Review: Get Together! – New collection of microgames for companies

How do you change a formula when the formula is so good? Developer Metroid Dread says it’s impossible. For better or for worse, their game is Metroid to its core. It is a complicated and confusing game that does not spare the players. When it doesn’t work, you want to give up. And when it came out, it was an unforgettable feeling.