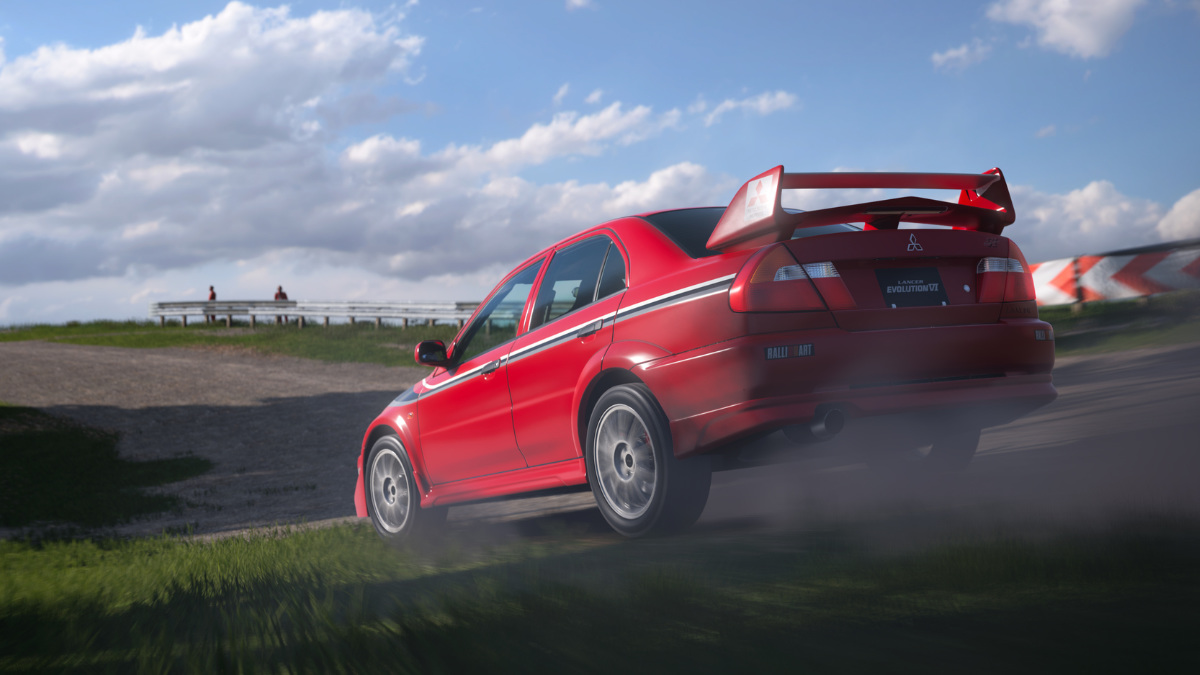 It is known that the situation in the racing simulator market has changed a lot in 20 years. Long ago, Gran Turismo was the undisputed leader, a game everyone had. But gradually the interests of players began to change, and the Polyphony studio faced the challenge of transitioning to the HD era. It took a long time, but he was still able to release a worthy continuation of the cult series.

Gran Turismo 7 has come a long way. Despite the fact that PS4 has its own Gran Turismo, it’s more of a spinoff with an emphasis on the online component, than a full-on sequel. He just had to wait a very long time, but it was worth it.

I could go on and on about why Gran Turismo 6 and Sport didn’t become cults, but to put it simply, it boils down to always missing content and cutting features that make it hard to imagine a series without them. This time there is no such thing: Gran Turismo 7, which has been delayed several times, is closed and is a finished product.

Let’s start with the fact that Gran Turismo 7 offers perhaps the most well thought out controls of all modern simulators, skillfully uses DualSense controller capabilities (even the ability to play with a gyroscope), and supports all types of wheel steering.

The cars not only look authentic, but behave according to their age and class. I can’t comment on how realistic the Mustang is, but you can definitely tell it apart from hundreds of other cars. The feeling of realism is enhanced by a sophisticated system of controller vibration feedback, and even adaptive triggers that simulate machine behavior in difficult conditions. You could say it’s a gimmick that doesn’t change anything, but it’s still a feature that other publishers can’t offer. They are easy to use, but take them away and it immediately feels like something is broken. It’s great to see how much attention the developers paid to all the bells and whistles of the PS5.

When we did a GT Sport review, they praised the game for its excellent visuals (a calling card from the series) and realism, but complained about the small number of modes and lack of careers – the most important elements of the franchise. Everything is back here and many new modes have appeared. All your favorite tracks are back, from real to fiction.

The main advantage of this game is the ability to motivate players. There are those who are chasing gold medals, there are those who want to collect complete collection cars, and there are those who have just broken records. Everyone will find something for themselves. Even beginners, who usually find it difficult to get used to the simulator. The “cafe” helps here, where cool lessons and characters are hidden – yes, characters! — with whom you can talk about the history of the car and the intricacies of management.

Gran Turismo 7 differs from most other games in its mentality. While others tinker with NFT, monetization, and lots of DLC, GT7 is a complete product from start to finish. No service model, no serious bugs. Yes, the games will cost more than others, but paying is easier when you understand that you are getting a quality product.

By the way, in terms of bugs, Gran Turismo 7 is technically almost perfect. The iron frame rate (60 fps), the best visual range among modern games, incredible realism (from the interior to the stars in the sky) and even the presence of ray tracing in some places (in replays) give it a modern game. Weather conditions and changes in the time of day during the race should be highlighted. Rain, finally, is not only for beauty, but also for greatly changing driving conditions (although it is impossible to reach the Driveclub level – it is a unique game). At the same time, the track becomes dynamically wet, as in real life, that is, some sectors may remain wet, others dry.

This is another layer of realism that no one else can boast about. And it’s not even just about budget – it’s all the result of the incredible care of the developers, who were given as much time as needed to create something special. Whether you like PlayStation or not, few others are liberal with their studios.

Also read: Horizon Forbidden West review – An open world like no other

Before us is the best game in the series, in which there are already many masterpieces. Gran Turismo 7 combines all the best modern features without a single bad service. Everyone will find something for themselves here – both fans of online racing and those who prefer to fight against AI. And most importantly, this novelty is suitable not only for veterans, but also for those just starting out.